In high school, foreign language was a requirement. Each option had stereotyped associations: French was “the language of love,” German was aggressive, Spanish was an easy A, Russian was the blossoming student of communism, Italian was hot girls, food and cars. The list could go on, but the whole scenario changes in college. Suddenly German is for aspiring engineers, Russian is for the future diplomat, and Italian, well, Italian is still for the guy looking to impress babes.

What we, young Americans who are slowly suffocating under a pile of student debt, really want to know isn’t which language will fast track us to love, travel or mathematics. No, we want to know which will bring the tangible things: success, stability, a job. Well, my friend, I give you the ultimate guide to “Blabbing Your Way to Success.” What follows are the top five languages to learn in 2016, according to industry experts.

Are you ready to truly stand out? Less than one percent of American college students study Arabic, the fifth most commonly spoken language in the world. An understanding of this semitic language opens up a large part of the world that Americans tend to ignore. I mean, where else can you see casual falconry, ski in the middle of a desert (#Dubai), or stand in the shadow of the pyramids? Also, thanks to its long history, many English words are actually derived from Arabic such as guitar, cotton, and alcohol. If you’re interested in working for the NSA, CIA, another government agency, or international business, this is the language to pursue.

Germany is an economic superpower, which is apparent in the number of scholarships available by both US and German organizations. One program called The Congress-Bundestag Youth Exchange sends young professionals whose understanding of the German language typically starts around “kindergarten” and ends around “strudel” to a language camp. Then, an internship in dear Deutschland follows! The real deal is that the program is a full scholarship.

Other than the plethora of completely free options to learn the language both online and abroad, German is undoubtedly the hot language to learn in the 21st Century what with “The World’s Most Powerful Woman” hanging in Berlin, and Germany being the most populous European country. It’s especially useful for students going into business (both domestic and international), STEM fields, and journalism.

Not only anime fans are drawn to the language of Nissan, Sony, and sweet ol’ sake. Although Japanese and Chinese are considered equally difficult for English speakers to learn, Japanese is slightly simpler. (#FewerThan50000Characters) Just look at Shoshanna from HBO’s Girls for inspiration. It is the ideal language to learn for those interested in the technology, automotive, and manufacturing industries.

Welcome to one of the most time-consuming languages to learn! (#50000DifferentCharacters) That said, you don’t have to worry about conjugating words in this tonal language. Another pro is being able to chat with a little under 20 percent of the world’s population. Just think of the potential employers in China, which happens to have the second largest economy on the planet. The Chinese government is even making it more accessible for foreigners to learn their language thanks to generous scholarships to study in China.

One high-profile American who seems to have gotten the hang of Mandarin is the one and only Mark Zuckerberg. Click here to check out Mr. Facebook speaking Chinese. Students looking to go into international business or foreign affairs will score major brownie points for having Mandarin Chinese on their resumes.

People have described Portuguese in a plethora of ways, both flattering (like a Brazilian snake charmer singing) or the not-so-flattering (a nasally rooster coughing on his cockle-doodle-doo). Regardless, with over 230 million speakers in Europe, Africa, Asia and South America, it is the sixth-most spoken language in the world. Brazil is an up and coming powerhouse of an economy providing the perfect opportunity for professionals in the soccer biz (not just athletes, but investors, reporters, managers, etc.) as well as for those interested in hopping into the crazy worlds of film, fashion, and art. Click here to learn some Portuguese basics.

What languages are popular at your university? Have you befriended any international students and become inspired? Do you think the true language of success is Python or Java? Tell us on Twitter or in the comments below! 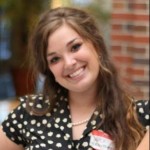